We had a simple Adventure to the Northern Rail Trail.  I planned this stop to break up our trip which involved various Adventures throughout Vermont.  I was quite curious to explore this Trail as I had read that it often parallels the river and has bridges along the route.  There was a brief jaunt where we were able to see the River, which I believe was the Connecticut River.  We were able too locate a little trail that went directly to the River’s edge although too far above the River for Shadow and Wilma to drink or swim.  (The video below is from the River as we walked back to the Trail).

Throughout our walk I was glad to see that the trail was not just behind backyards, but also traversed the woods, paralleled the river, and went through field-type landscape.  I was disappointed to only spot one bridge, concrete, and dull, but yet had realized we might not see any bridges due to the sheer length of the Trail.

Along our walk we saw many dog walkers, and were quite glad to not run into any snowmobiles.  So overall I would say this was typical to my other visits to Rail Trails, a simple, and long walk with no memorable landmarks.  However, likely a much different experience for those on a bicycle.  Nevertheless still glad we could walk on the Northern Rail Trail today (Rating:  3). 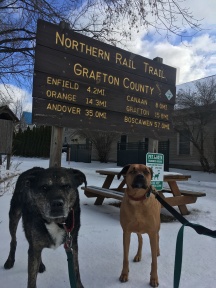 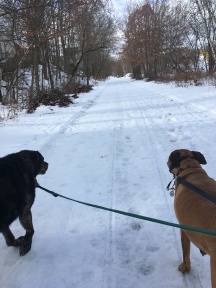 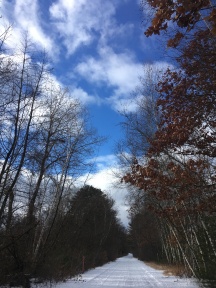 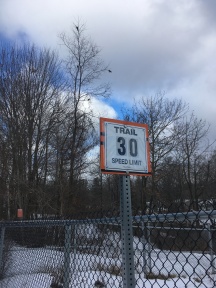 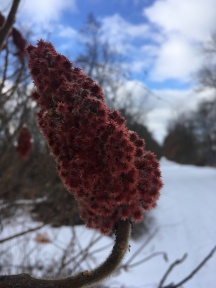 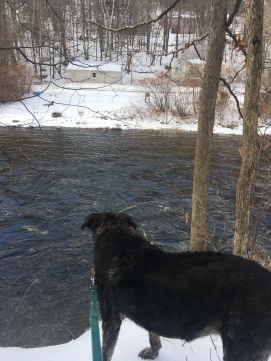 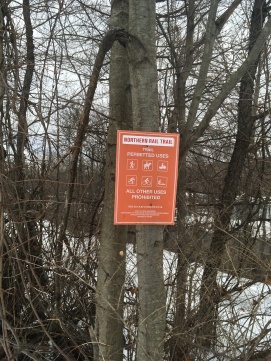 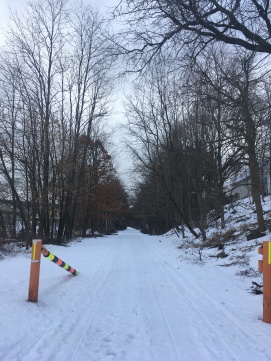 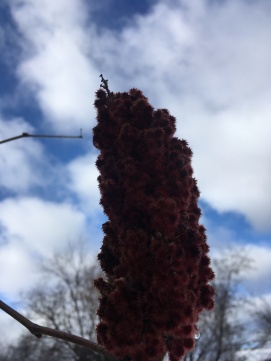 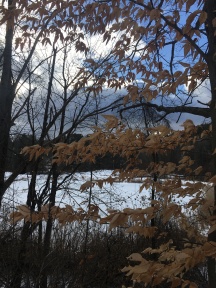 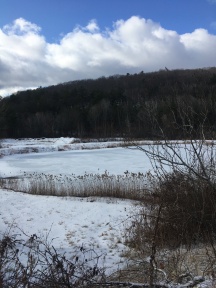 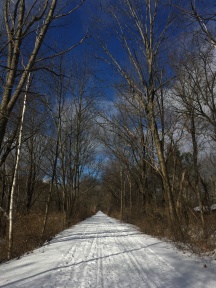 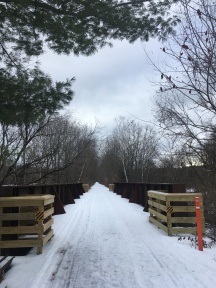 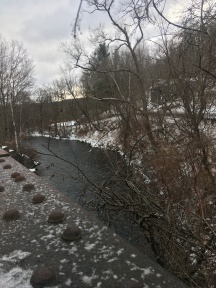 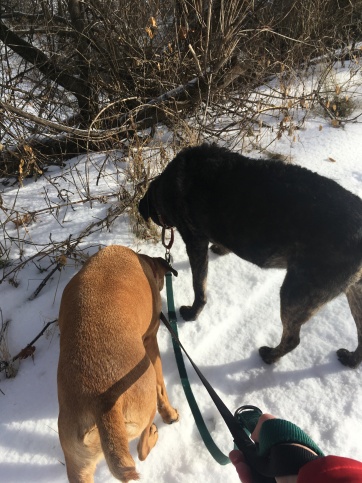 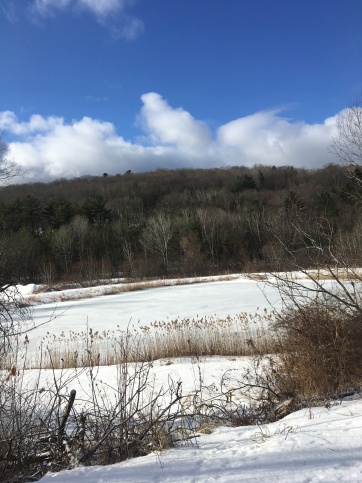 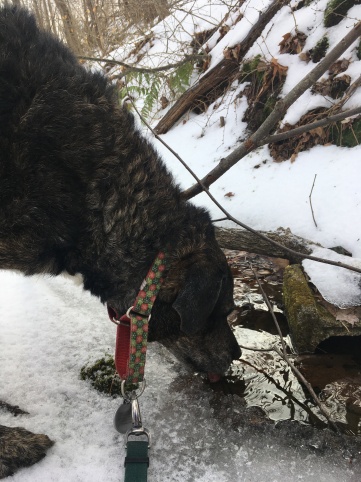