Today Shadow, Wilma, and I Adventured to Ellis Park in York Beach, Maine.  Ellis Park is adjacent to Short Sands Beach.  It contains a basketball court, a playground, and is a popular location for summer concerts, and locals.  The Park is owned by the Town of York and managed by the Trustees.

We had a short Adventure to the Ellis Shorts Sands’ Park on a dark and dreary day.  I had noticed the Park in the past but do not believe we ever have explored it.  There was a fee to park based on the expected time.  The word “Park” did not seem to fit the location as it was really just a big square with a gazebo in the center, appearing more like a town common.  However, we sauntered around the park as I worked hard to notice little details of appreciation.  Shadow and Wilma relished their happy grass rolls, and as always were enthused to explore a new place, never a complaints from these amazing two!  There were benches around the park, and flowers, many past season.  My favorite part of the Ellis Short Sands Park was walking above the beach.  The tide was in, and the waves a rough, a beautiful scene.  I was disappointed that dogs were not allowed on the beach, but was pleased we could walk nearby.  There were few people on the beach on this windy and drizzly day.  Although I was quite unimpressed with this Park, the coastal border made it just right (Rating:  3). 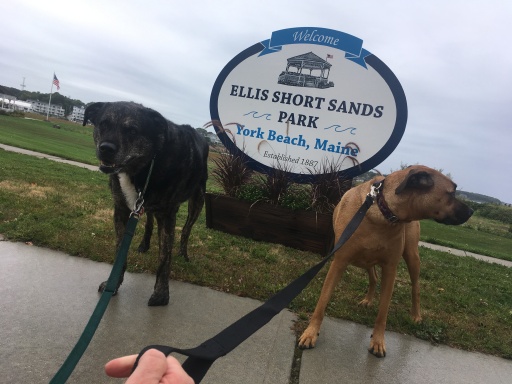 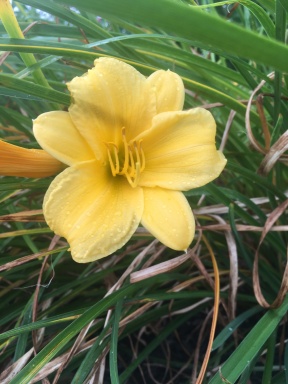 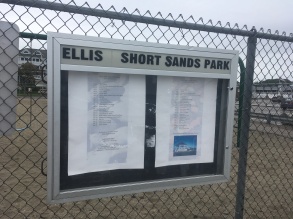 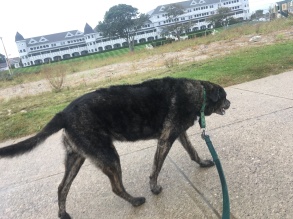 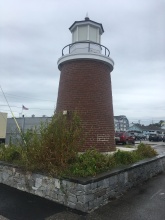 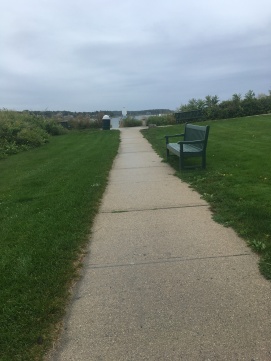 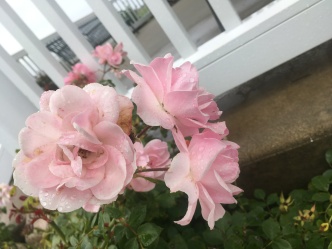 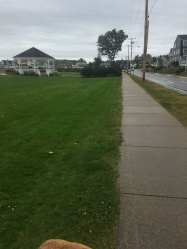 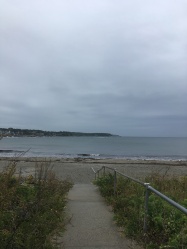 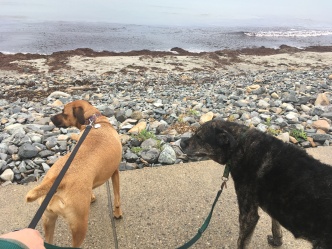 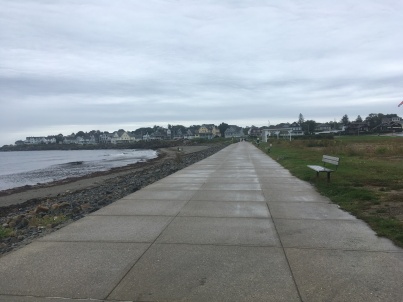