Yesterday Shadow, Wilma, and I Adventured to Lynch Park in Beverly, Massachusetts.  Lynch Park is a sixteen acre park that includes a rose garden, playground, and a small sandy beach.  It provides views of the Atlantic Ocean and Woodbury Cove.  There are fees to enter the park seasonally.

We had a windy Adventure to Lynch Park on a cloudy December day.  Upon arrival we found that we were one of the few visitors.  We headed to the beach, noting colorful kayaks framing the shore.  This “beach” appeared more of a shoreline near the water then an actual “beach” for swimming, but I believe visitors may swim in-season.  After exploring the beach we headed over to the amphitheater, imagining quite the summer concerts.  However we soon noted the grass was full of goose poop, and quickly headed away from the area toward the paved driveway.  We continued up the hill and circled around the end of the park.  We found one spot to head over to the water, the surf quite rough, creating a dramatic scene.  It appeared there was a small boat not too far from the shore, which seemed a bit harrowing.  We continued up the hill and enjoyed the views over the ocean.  There were benches lining the paved path, and trees scattered throughout the park.  The path wound around and brought us to the playground.  From there we headed over to what appeared to be the rose garden.  I can just imagine how gorgeous this garden must be in-season, but we will not be returning as dogs are not allowed in the garden, when in bloom.

I was quite unimpressed with the Lynch Park as there was not much to see, or places to walk.  The spectacular views were somewhat skewed by a hideous fence, although I am sure it was necessary for safety.  The Park rules required dogs “on leash” but most of the dogs we saw were off leash.  Even with these thoughts my goal is always to enjoy a walk and to appreciate little details, moments, and a the thrill of a new Adventure.  My favorite parts of our Adventure were:  the features of the rose garden and observing the rough sea, almost as if a storm was looming.  I tried to focus on the little details, while Shadow and Wilma enjoyed their rolls and exploring.  It appeared that Lynch Park is best as a relaxing summer afternoon in the grass.  So glad we could Adventure to Lynch Park (Rating:  2 – although probably not fair to rate this park in the winter months). 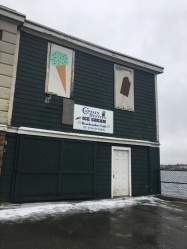 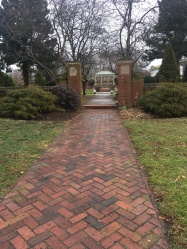 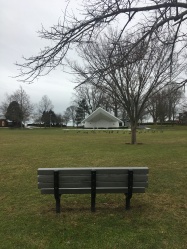 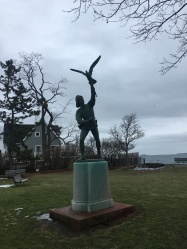 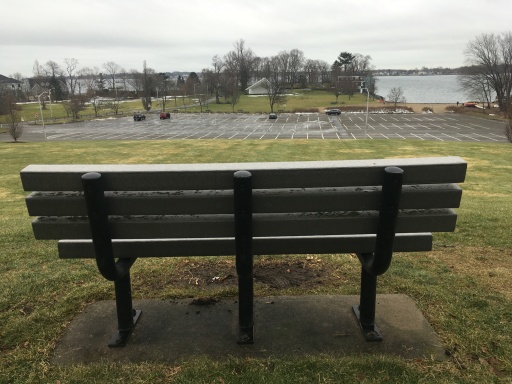 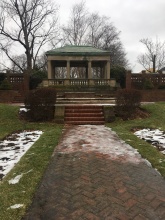 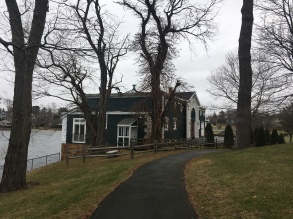 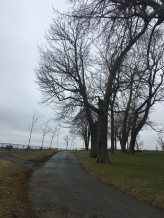