If you regularly follow my blog, and the weekly/video photo I would recommend skipping on to paragraph three, specific to this week’s video/photo.  I have decided to add a weekly video/photo section to my blog.  This blog will display a video or photo, usually highlighting an Adventure, while I might also sneak in some that are humorous, adorable, or just other fun dog moments.

So if you have followed my blog from the beginning you will know that I adopted Shadow as a puppy, and about a year later adopted Buster as a puppy.  We had many wonderful years together before experiencing the devastating loss of Buster at just seven.  It took a long time for our hearts to heal, but almost a year later we welcomed little Wilma into our world.

Today’s feature is photograph of Shadow and Wilma that makes me chuckle.  Shadow is a very calm and focused dog which I feel often makes him misunderstood.  An example I think of is that when I am in the pet store people often say he is “shy” but he really is just focused on where he can find a treat.  So with that said I still wonder what is going through his head in this photograph…  It makes me laugh whenever I look at it.  What do you think he might be thinking? 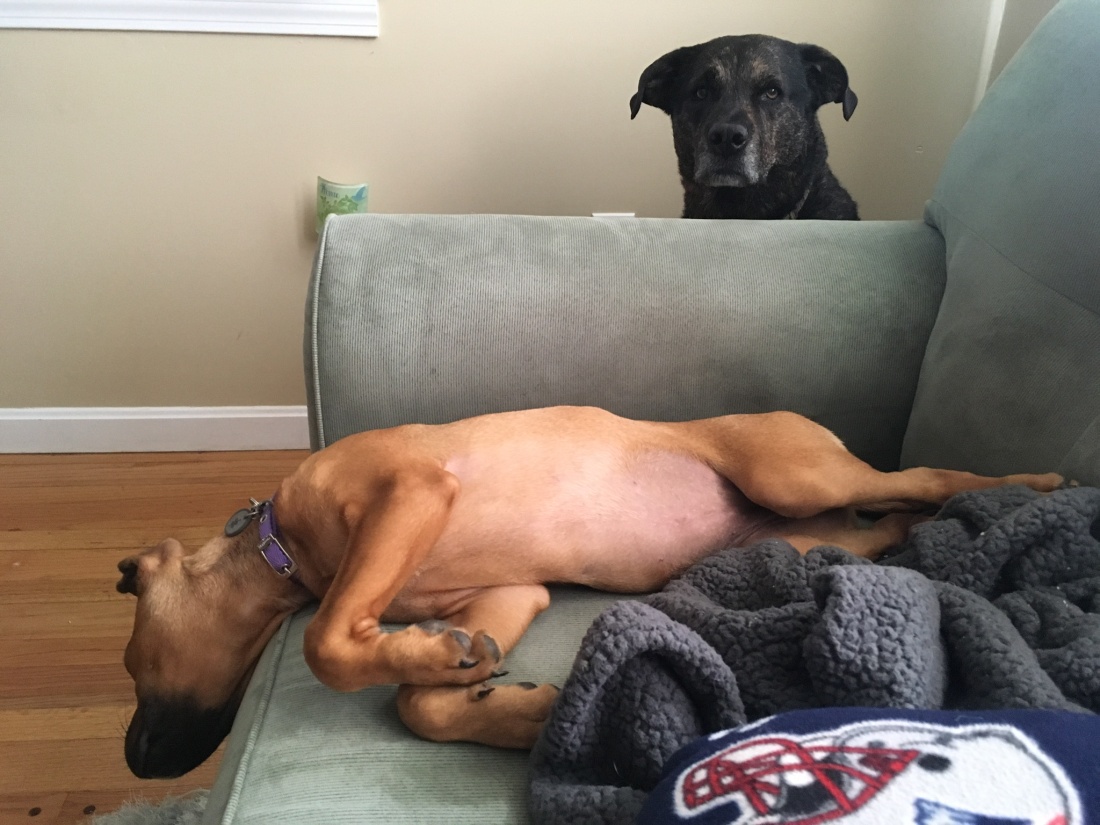