If you regularly follow my blog please skip to paragraph three…

I have decided to return to the “normal” Weekly Video/Photo section of my blog.  As you likely know we lost Shadow about two months ago and I have been focusing this section on Shadow.  However, I have peace knowing I will continue to highlight favorite photographs including Shadow and Buster.  The plan will still be to still display a video or photo, usually highlighting an Adventure, while I might also sneak in some that are humorous, adorable, or just other fun dog moments.

If you have followed my blog from the beginning you will know that I adopted Shadow as a puppy, and about a year later adopted Buster as a puppy.  We had many wonderful years together before experiencing the devastating loss of Buster at just seven.  It took a long time for our hearts to heal, but almost a year later we welcomed little Wilma into our world.  We were recently devastated to loose Shadow on April 3, 2020.  It is so painful to know Shadow and Buster are both gone, but they will be in our hearts forever!

My feature today is a photograph of Shadow and Buster as we were heading home from an Adventure back in May of 2015.  For as long as I remember Shadow has sat in the center of the backseat so his head is in between the seats, and both Wilma and Buster often cuddled with him as we drove, their pillows!  This photo is one that melts my heart as it is a good description of a great outing with two best buds.  I will definitely relish it forever, and have a version if it in a frame at my house.  Glad they were able to have almost seven spectacular years together.  They were amazing travel companions, and furever friends.  I sure do miss my boys. 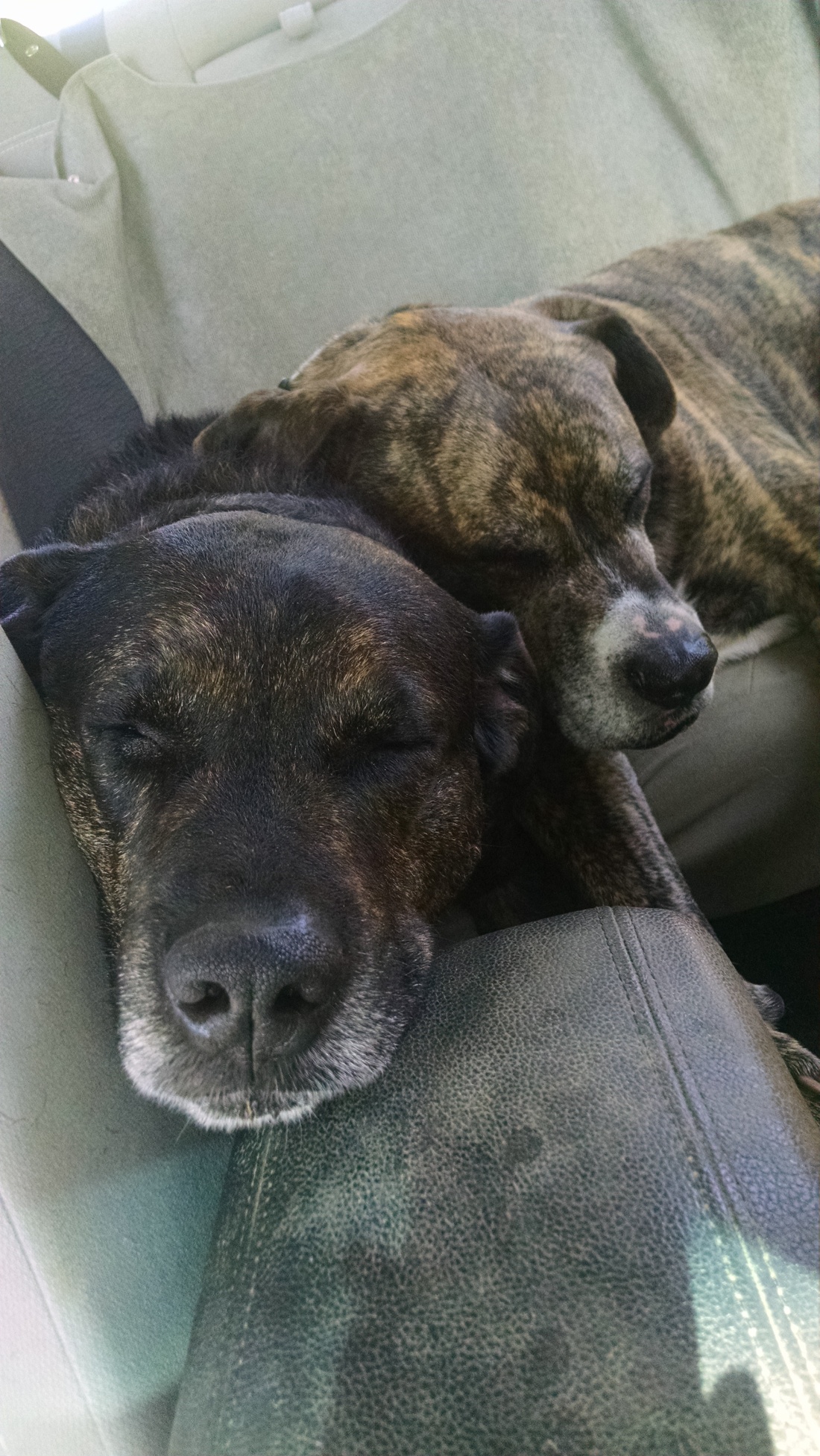