We had a nice Adventure to the Vandenbert Esplanade.  If you ready my last blog you are already aware that my weekend started out quite frustrating with car issues cancelling our weekend Adventures.  However, we visited the Heritage Ice Cream and Restaurant, a somewhat local spot, and accidentally discovered the Vandenberg Esplanade across the street.  Although a simple, urban park I was thrilled to find an area to explore, knowing my car was in rough shape.

I decided to drive to the parking lot, versus crossing the very busy Pawtucket Road.  It took some time to find a spot where u-turns were permitted, but once we did we quickly located the parking lot.  We strolled along the paved path, Shadow and Wilma enjoying the city smells, and exploring a new site.  The River view was scenic, benches aligning the path, and bright green trees throughout.  There was a storm heading in from afar, making for quite the picturesque sky, and even a brilliant lightning strike across the River.  There were many people walking, some socializing on benches, and of course some dog walkers.  Two visitors asked me some questions about Shadow and Wilma, commenting about Wilma:  “she is still stubborn isn’t she”? which actually brought a smile to my face as I often think that to myself.  Although she did not do anything in particular to bring on the comment, I still found it humorous.  We are continuing to work on training, but there is no doubt that she is our PAWFECT pup!  Admittedly I often get compliments on how well my dogs are behaved!  100% PAWFECT pups!

Although it was not too hot on our Adventure today, Shadow appeared a bit warm so we only walked for about thirty minutes or so, attempting to keep at a continual and steady pace.  Shadow attempted several times to head down the stairs into the water, but there was alot of trash in the River, so I decided otherwise.  Poor guy!  (PS – Don’t worry he got a neighborhood swim in this morning 🙂 )  We had a pleasant walk along at the Vandenberg Esplanade, a nice surprise find (Rating:  3) 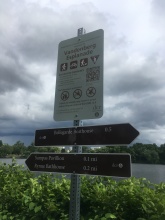 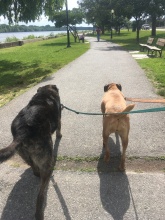 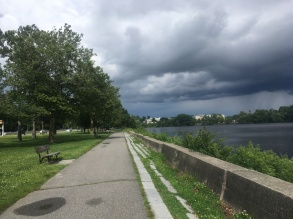 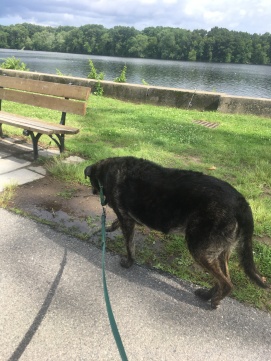 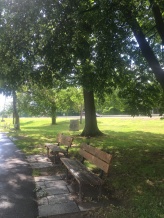 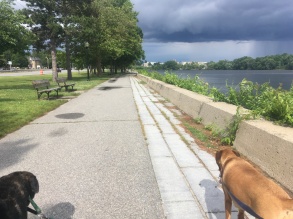 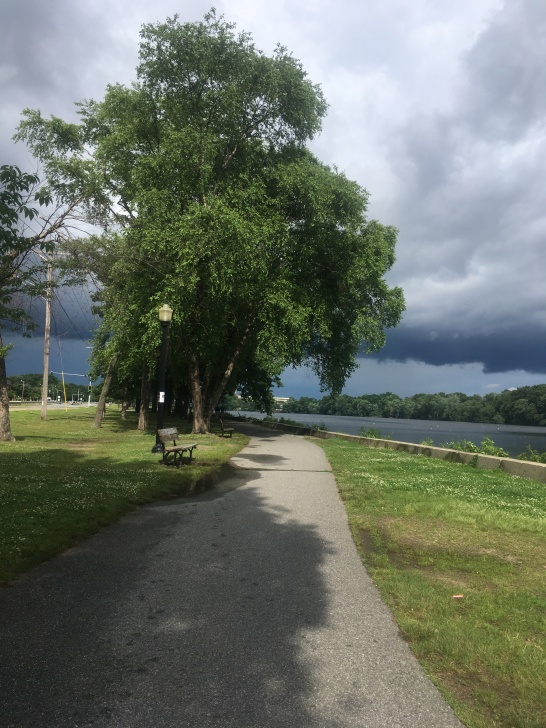