Today Shadow, Wilma, and I Adventured to Goose Rock Beach in Kennebunkport, Maine.  Goose Rock Beach is located in a neighborhood area, which is especially populated in summer months.  Goose Rock Beach has approximately three miles of shoreline, provides views of several islands, and is bordered by tidal rivers.  There is limited parking spots, and passes are required seasonally.

We had a spectacular Adventure to Goose Rock Beach.  I decided to get up at four o’clock in the morning to explore a new beach and to appreciate the sunrise.  Goose Rock Beach sure did not disappoint!  We parked in front of several homes, the beach area bordered by greenery.  I immediately heard the waves, and soon found a path to the gorgeous sandy beach.  It was just lovely, sunrise in process, and few people in sight.  Immediately we were energized, Shadow running, Wilma bounding.  We walked down the beach exploring the tidal areas, found some lovely shells, and of course waded into the sea.  We went to the end of one side where we found the tidal River entering the ocean, before turning around and exploring in the opposite direction.  We caught a glimpse of an island, observed several boats floating in the water, and noted some kayaks and chairs scattered on the beach.  The beach was pristine, peaceful, and quite therapeutic.

We spent about two hours walking, running, digging, and dipping.  Shadow went deep into the ocean, the water quite shallow while Wilma especially enjoyed some chaotic digging.  Both Shadow and Wilma took turns engaging the other in energetic play, just so sweet!  As time went on we saw more people, most with furry friends.  It was great to see that almost all of them had their dogs under control, and many quite friendly.  I am guessing most were locals, appreciating this serene locale.  The perfect, extra-early morning Adventure today (Rating:  4). 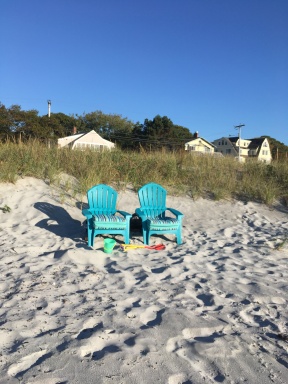 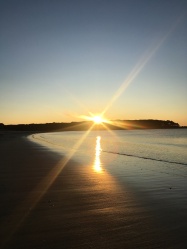 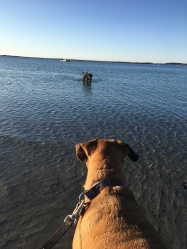 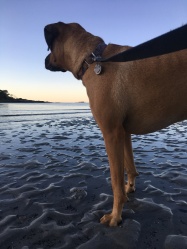 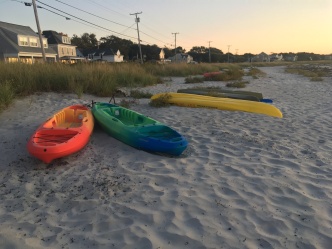 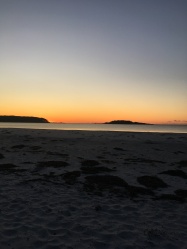 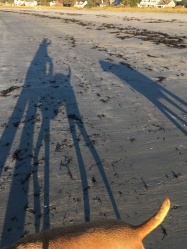 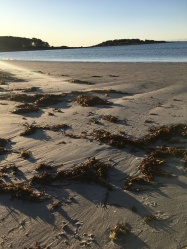 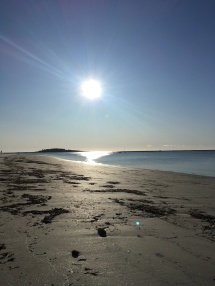 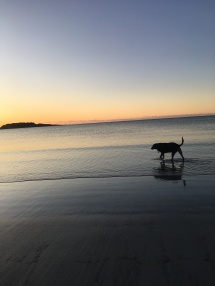 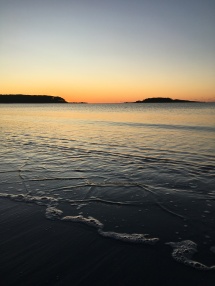 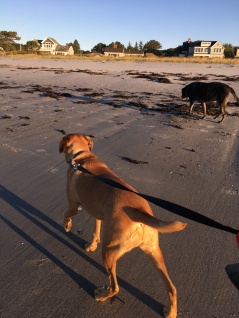 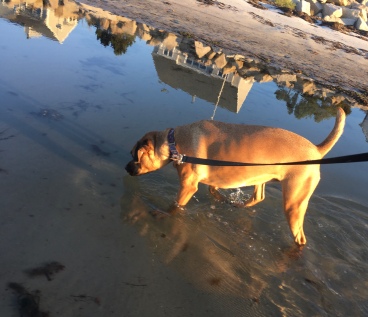 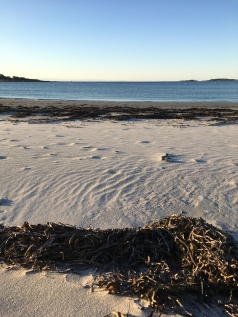 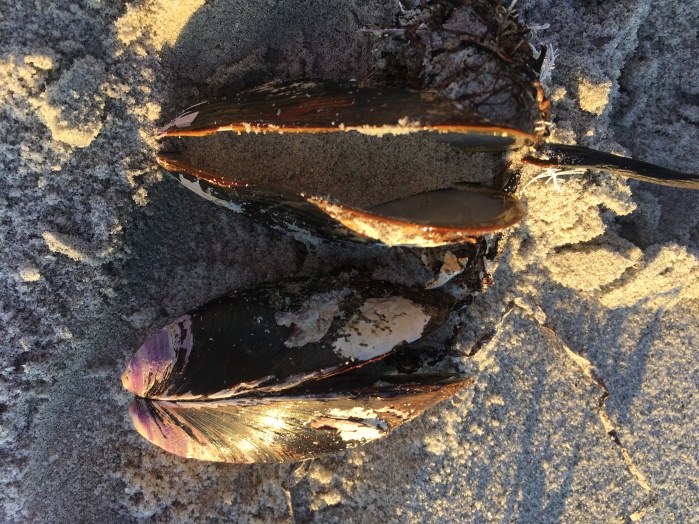 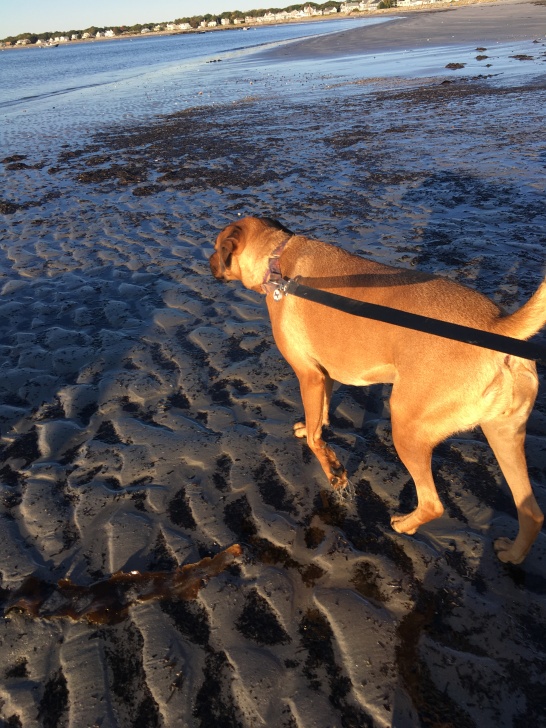