We had a wonderful Adventure to Blackledge Falls Park.  We arrived bright and early to avoid the crowds, and were successful at this endeavor.  We began our hike into the woods, a light coating beautifully framing the trails.  We soon arrived at several small bridges, and streams. We could hear the birds chirping, streams running, and on occasion a car driving down the nearby road.  I had read about the Blackridge Falls so knew we should veer toward the left, and eventually climb a hill, but was very unclear if we were heading the correct direction.  Eventually we did and were just thrilled!!

The Blackredge Falls was gorgeous, and grand!!  I had read some reviews stating there was little water flow, so was quite enthused to see two plunges of a reasonable size.  It was just spectacular.  We covered all areas of ground near the Falls taking photographs.  One special thing about the Falls is that we were able to get up close, under, high to the left, and to the right and up and over the Falls.  We spent a good amount of time at the Falls enjoying the up-close and person experience.  Just stunning!  Wilma love the rocks, and posed for photographs.

After enjoying the Falls we returned to the Trail and turned left on the blue blazed trail.  I had read a map online and noticed the blue blaze did almost a loop through the property.  The Trail was someone confusing, with lots of turns and options, but it appeared though following the blue blaze was the correct decision.  I loved seeing the contrasting colors of the dirt, the snow, and the green grass, a unique variance in color.  Throughout the Trail Wilma enjoyed many rock jumping, and showed no hesitation at crossing the small streams along the Trail.  We did not see any other visitors until we were almost back at the parking lot.  It is so hard to visualize what we might find on our Adventure and Blackredge Falls Park, and Falls, definitely did not disappoint.  If we just had Shadow and Buster by our side…  Such a wonderful visit to the Blackredge Falls Park (Rating:  4). 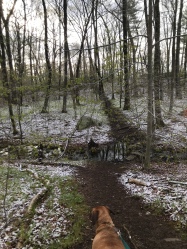 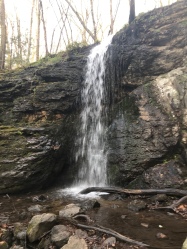 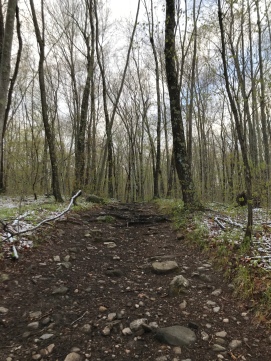 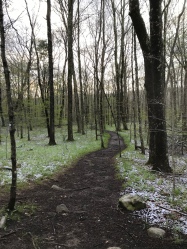 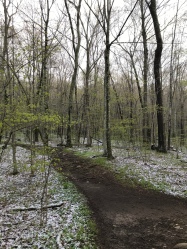 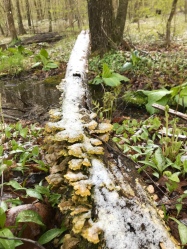 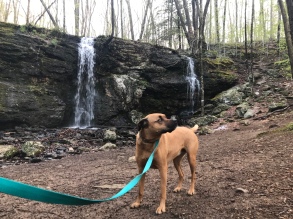 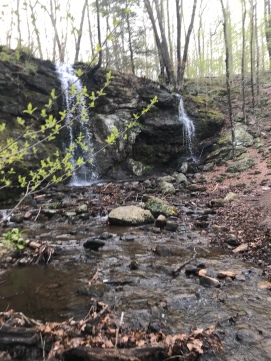 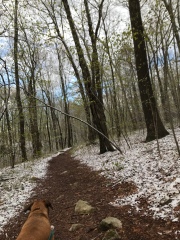 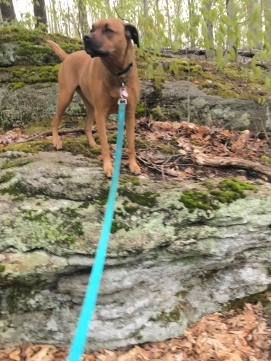 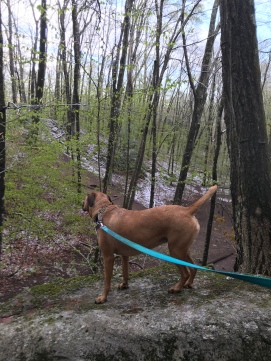