Today Shadow, Wilma, and I journeyed to Diana’s Bath in Bartlett, New Hampshire.  Diana’s Bath is a series of pools, cascades, and waterfalls along the Lucy Brook.  The site was once the location of an old sawmill, abandoned by the Lucy family in the 1940’s, while later becoming a historic site.  It is located in the White Mountain National Forest.

We were excited to adventure to Diana’s Bath today.  We have visited this spot before, but unfortunately I was not able to locate the photographs from previous trips (if I find them at a later date I will edit my blog with those additional photographs.).  Our adventure began bright and early, as this site is known for being a summer hot spot.  Our journey began down the well groomed trail, benches adorning the sides.  It was short, but lovely trail, which ended in a long wooden bridge.

Upon arrival, we decided to ascend to the top of the Falls, hoping to find the serenity of silence.  We strolled up the hill, on a rooted path, taking some photographs along the way.  Of course we stopped to provide Shadow some water time, in the clear, crisp water.  Wilma herself was quite content on the rocks, watching the scenes unfold around her.  At the top of the Falls the water became a brook, with increased small rocks, and decreased pools for dipping.  We enjoyed a little beach area, before the crowds began pouring in.

After wandering around at the top of our Falls we then began our descent down.  We first hopped across the Falls, looking forward to experiencing a different visual.  Additionally, this helped to provide a somewhat less populated journey.  We enjoyed walking through the water, photographing, and of course numerous belly rubs, and love for the dogs.  I even took some time walking on the smooth rocks through the water, which was quite the sensory cool-down.  It was fun to spend time hanging out on the large rocks, and viewing the little waterfalls throughout.  I was pleased that someone offered to take a family photo, with one of the Falls.  Besides being excessively populated, Diana’s Bath was a wonderful place to visit (Rating:  4). 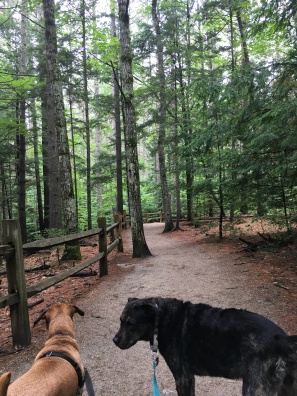 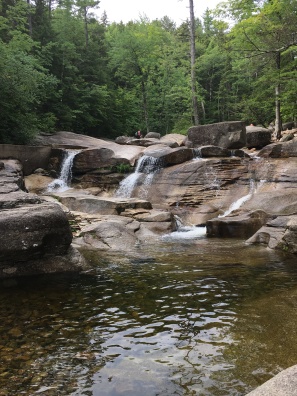 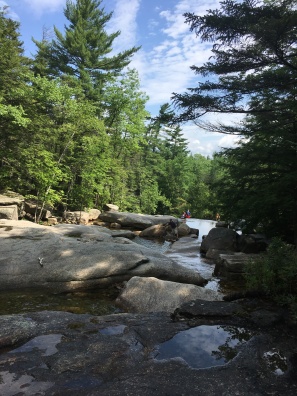 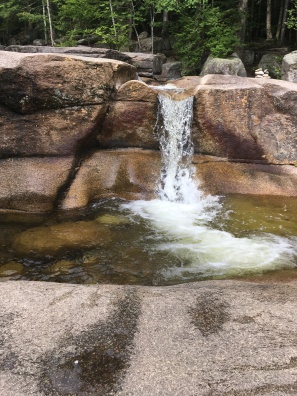 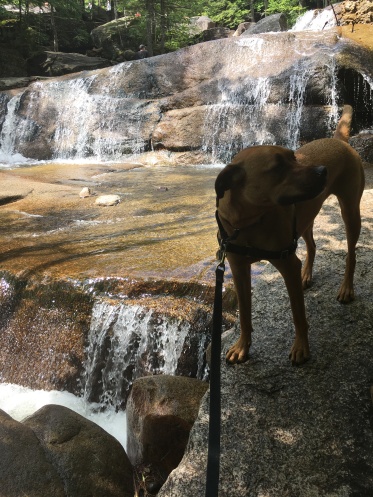 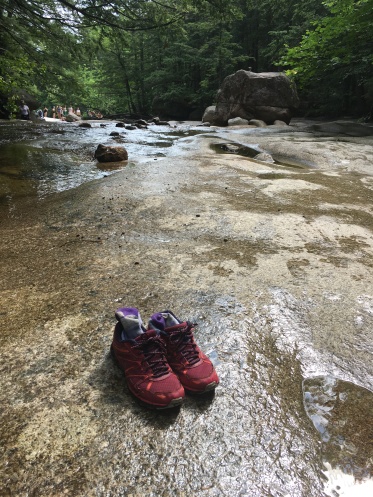