Today Shadow, Wilma, and I Adventured to Weeks State Park in Lancaster, New Hampshire. Weeks State Park is a Historic Site located on Mt. Prospect. It was the estate of John Wingate Weeks who worked under Presidents Harding and Coolidge. He was a conservationist and a congressman. The property contains 446 acres and was given to the state of New Hampshire by his children in 1941. It includes a museum, stone fire tower,and trails throughout. The Park is known for spectacular views, including of the Presidential Mountain Range.

We were elated to find Weeks State Park online, leading us to great anticipation of a wonderful Adventure. Upon arrival we drove up to the top of Mt. Prospect on the narrow road. There were two spots with views that we stopped to photograph on the way. They were clearly labeled, allowing us to identify the various mountains and bodies of water. A nice feature to these planned look-out sites.

On arrival at the summit we had a nice view of the estate, several buildings, and the scenic tower. We began exploring on the nature trails. The trails were simple, and not well labeled, however they were surrounding the estate. We circled around until we reached the “North Overlook”, providing a raised view of the area. After checking out the “North Overlook” we returned to the estates snapping photographs of the buildings, towers, and landscape. I thought the tower climb might be too ambitious for Shadow so we skipped this aspect of the Park. However, we enjoyed chatting with some locals, exploring the main porch, and resting in the grass. Quite the unique architecture, almost like a European retreat. We definitely enjoyed our Adventure to the Weeks State Park (Rating 3). 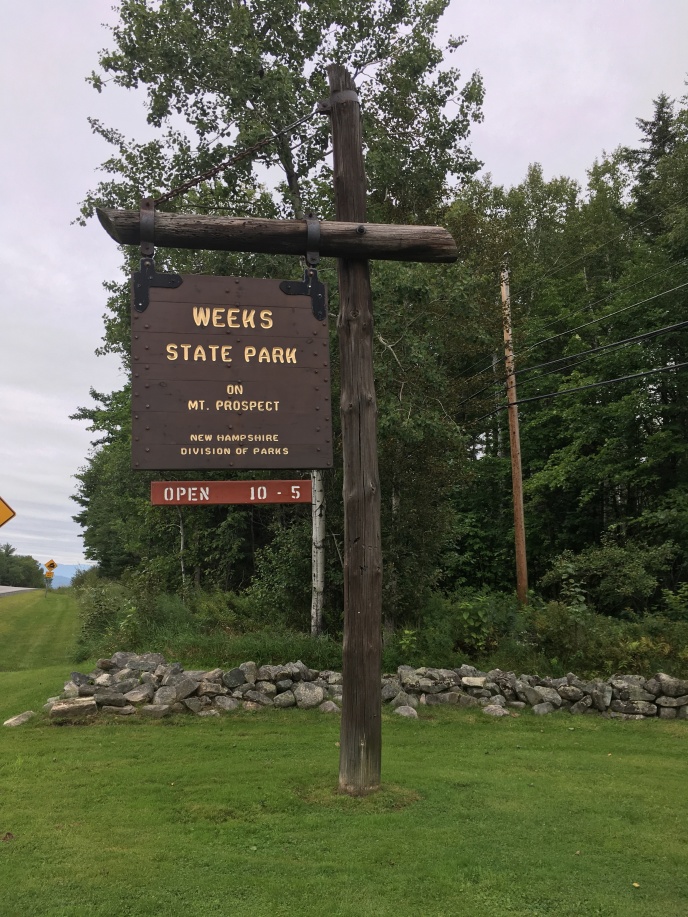 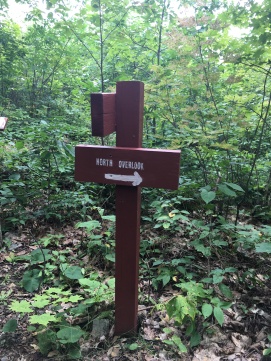 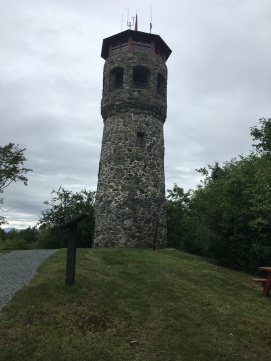 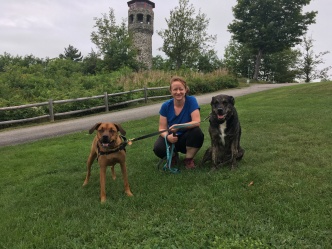 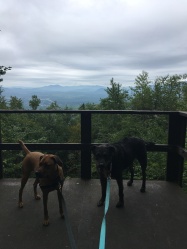 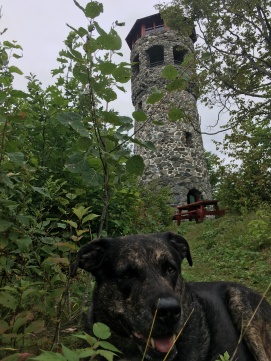 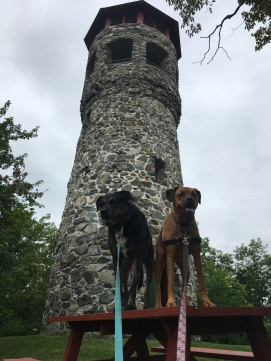 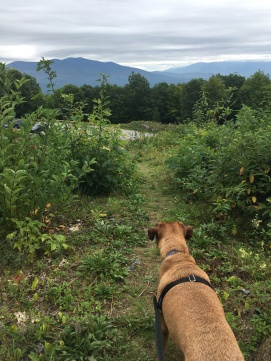 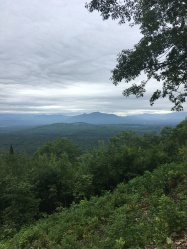 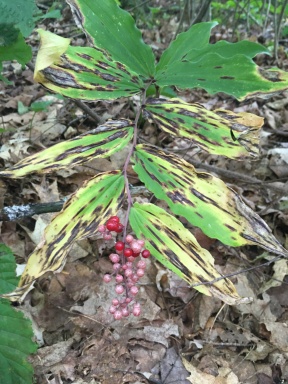