We had a mystical Adventure to the Madame Sherri’s Castle ruins. Another Adventure I was thankful for researching ahead of time, as there were no clear signs to the location. However upon arrival we did see the sign for Madame Sherri Forest. I decided to dress Shadow and Wilma in bright orange, as I read that hunters were free to roam the Forest. They did not seem to mind, and we then headed on our journey. We crossed the bridge across a little brook, and headed to the ruins. A little more spectators then I preferred, however, we took turns with the many visitors taking photographs. We wandered around and through the ruins, especially enjoying the stairs up into the sky. There were arches, columns and beautiful stones framing which clearly was a fascinating castle. We spent our time in the area, trying not to miss a piece of the ruin.

After enjoying the ruins we spent some time wandering the trails. The trails were not well marked, but we made sure to get some exercise while in the Forest. The beginning of Fall was clear, with beautiful yellow leaves along the trail. This was Shadow’s first Adventure since surgery, making it an even more joyous Adventure (Rating: 3). 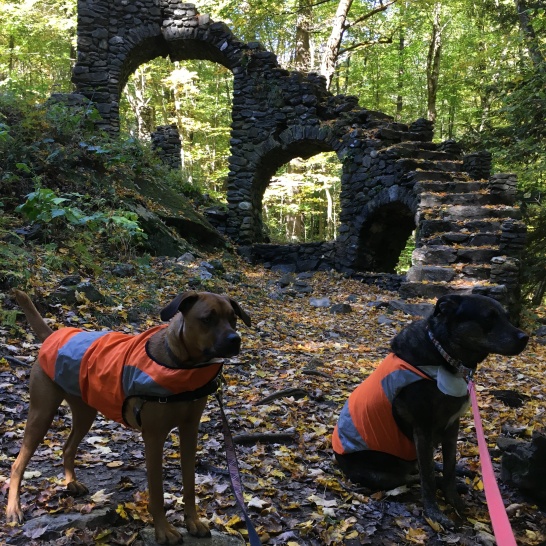 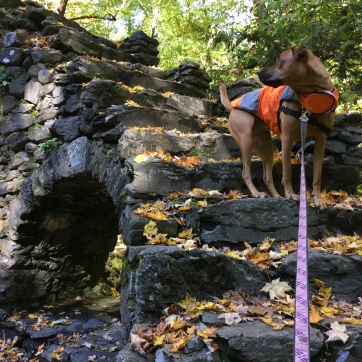 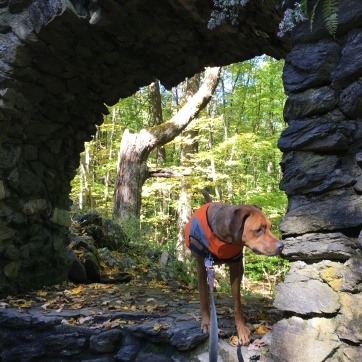 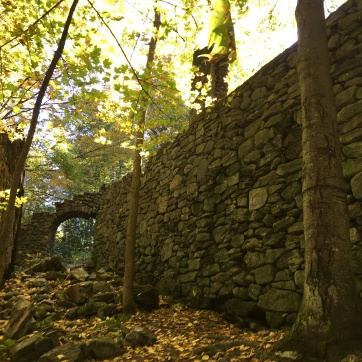 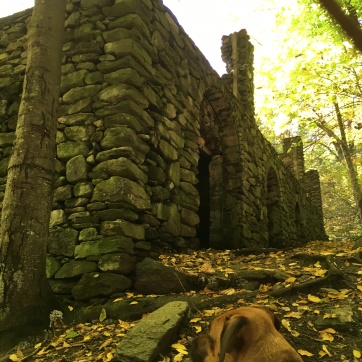 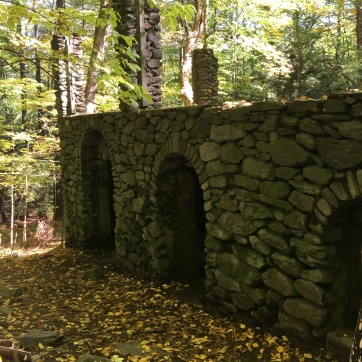 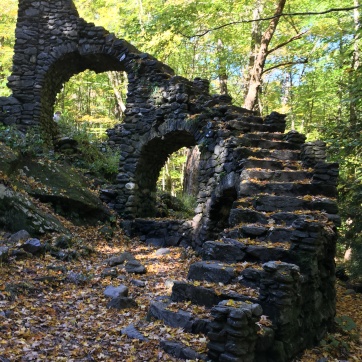