Today Shadow, Wilma, and I Adventured to the West Dennis Light, also known as the Bass River Lighthouse in Dennis, Massachusetts.  It is owned and sits on the Lighthouse Inn.  The Lighthouse was formerly a light in the attic of a private owner before the federal government provided funding, and construction began in 1854 for the present-day structure.  The Lighthouse is currently lit seasonally, when the Inn is open.

We had an unappealing Adventure to the West Dennis Light.  I actually debated blogging about the Lighthouse as it is not what I visualize as a Lighthouse.  However it is an official Lighthouse, a structure that contains light to guide ships in the sea.  So, we took some photographs, and spent some time exploring the beach adjacent to the Lighthouse.  The beach had several rock jetty’s, lots of thick green seaweed, and a variety of shells.  We strolled around, Wilma enjoying some digging, while Shadow hopeful for a swim.  There were few people in sight, and I believe the Inn was closed for the season, creating a peaceful visit.  So glad we could cross off another lighthouse on our Adventure today (Rating:  3). 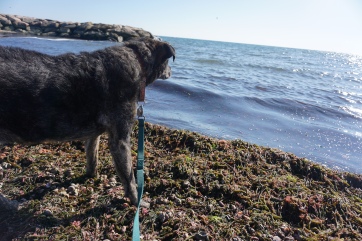 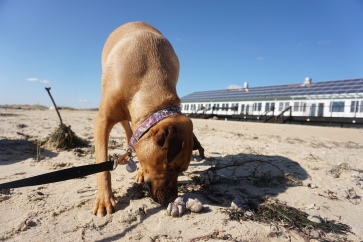 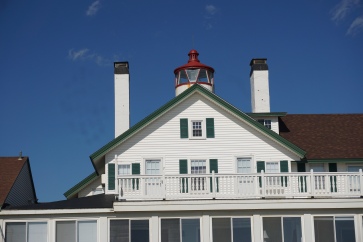 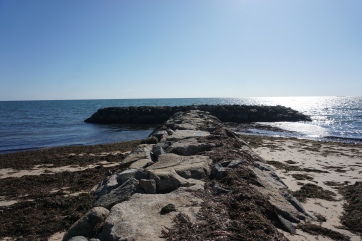 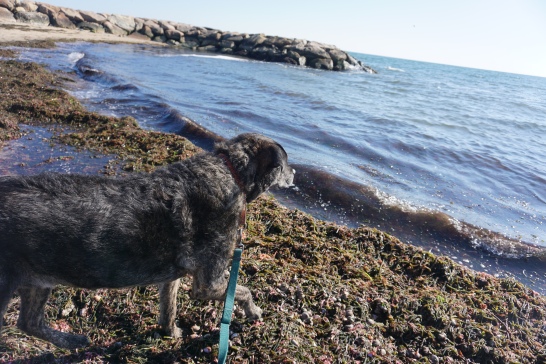 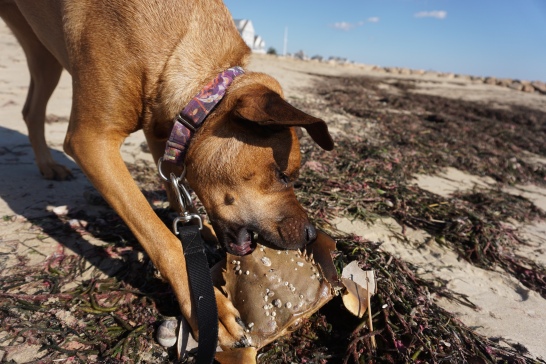 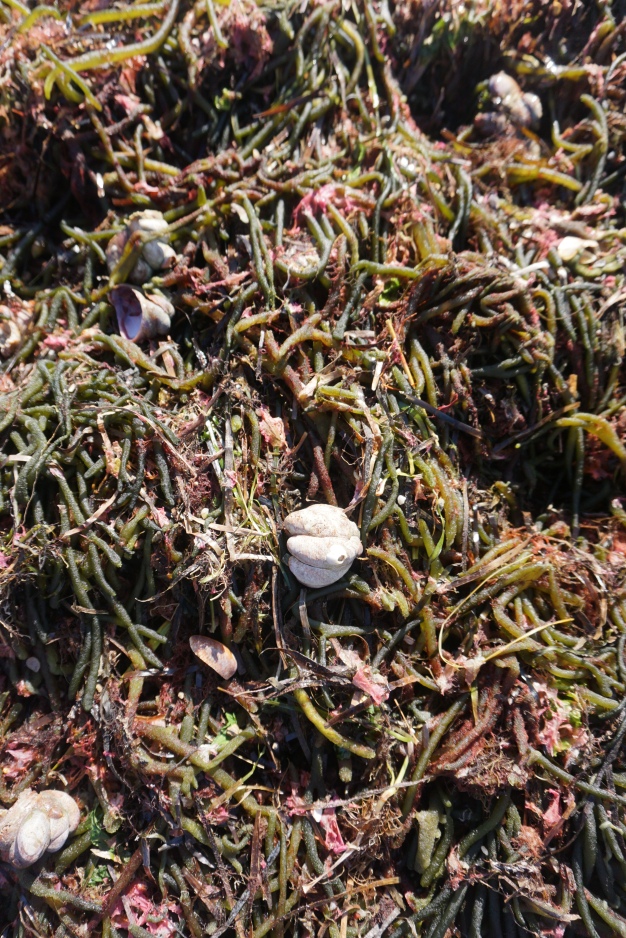 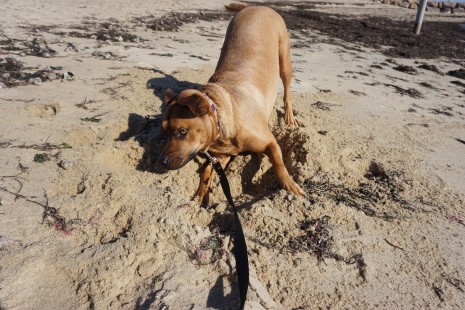 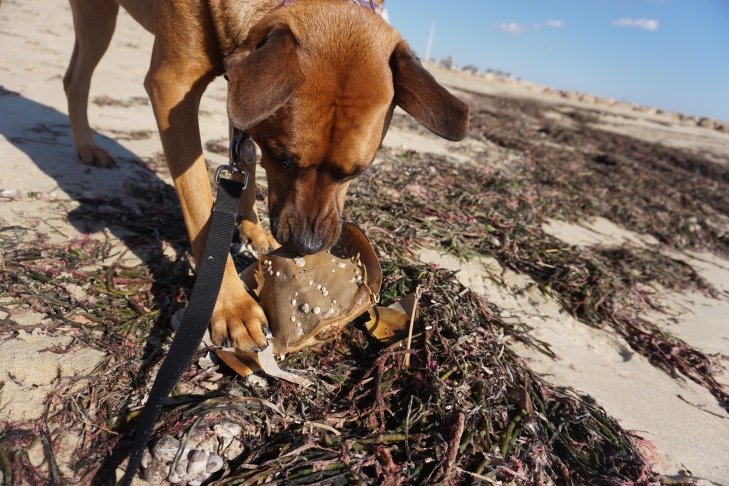 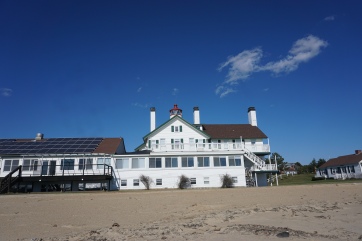 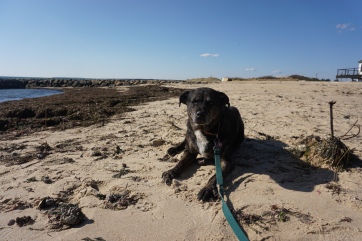