We had a local Adventure to the Pepperell Covered Bridge.  I had been there once before with Shadow and Buster but do not believe I took any photographs.  We found the small parking area indicated for the Nashua River Access Area, and parked near the bridge.  There was a small walkway with some information kiosks and memorials.  We visited these features before trotting over to the bridge.  The bridge was somewhat dull in color, as was the hazy sky.  I posed Wilma, who smiled grandly before heading over the pedestrian walkway.  Wilma was obsessed with looking out the bridge, down the stream, very focused and curious.  I am guessing she was able to see, or smell the nearby farm animals.  We walked through the bridge and to the other side.  There was a loose dog running around so we just snapped one quick photograph before heading back.

After exploring the Pepperell Covered Bridge from above we headed over to a short and steep trail down to the side of the Bridge to see the side.  Seeing the simple front, I was surprised to find a more scenic bridge, with lattice-like style.  Wilma enjoyed a couple sips from the water before we headed back to the car.  I was quite disappointed to see a great amount of glass on this path, but was grateful that we did not have any incidents.

So glad we could Adventure to the Pepperell Covered Bridge today (Rating:  3.5). 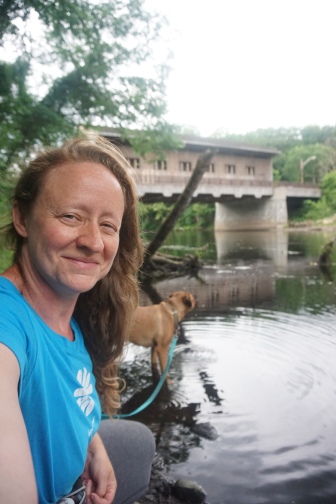 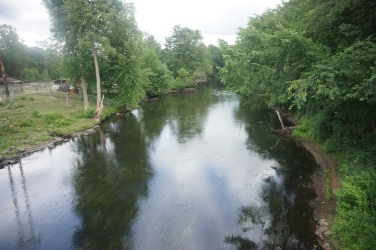 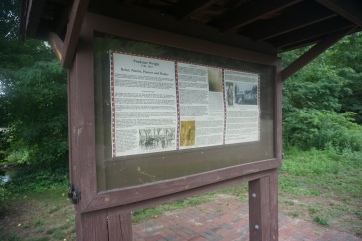 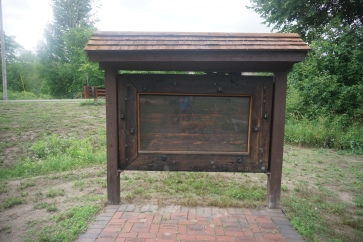 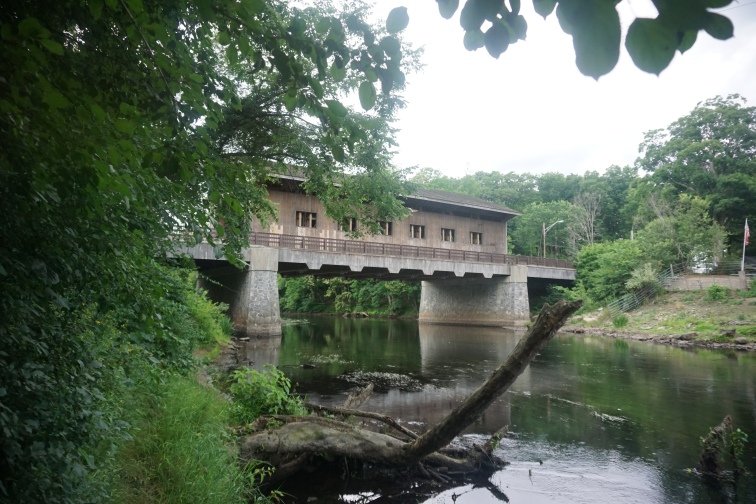 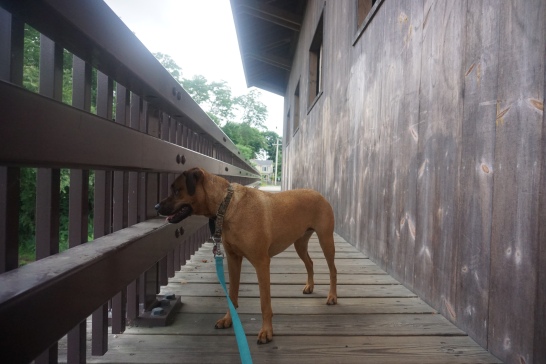 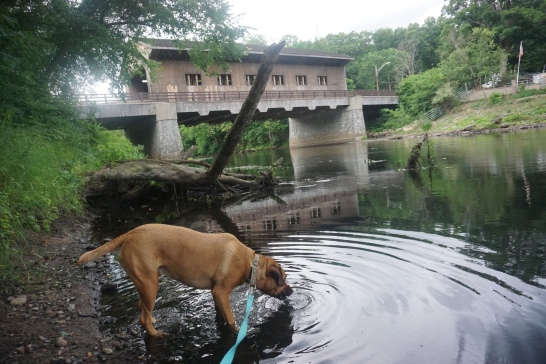