We spent almost four hours at this amazingly beautiful park, mostly traversing the trail around the Reservoir.  We arrived bright and early, leading us to meet many, many other dog friends.  I choose Ashland State Park today, as I knew it would be a hot day, and thought it was a perfect way for the dogs to cool down.  Although Wilma is not a swimmer, she waded and sipped some water along the way. Shadow continually swam, and often enjoyed just sitting in the Reservoir.  We enjoyed many stops for these water moments, and also spent some time at the dam, where Wilma even found a little turtle!  We saw a beaver dam along the trail, crossed some unique bridges, found some good sticks for chewing, and some round rocks for climbing.  This was really a great find, and as usual I took plenty of photographs along the way.  Definitely a perfect location for a hot New England day (Rating:  5) 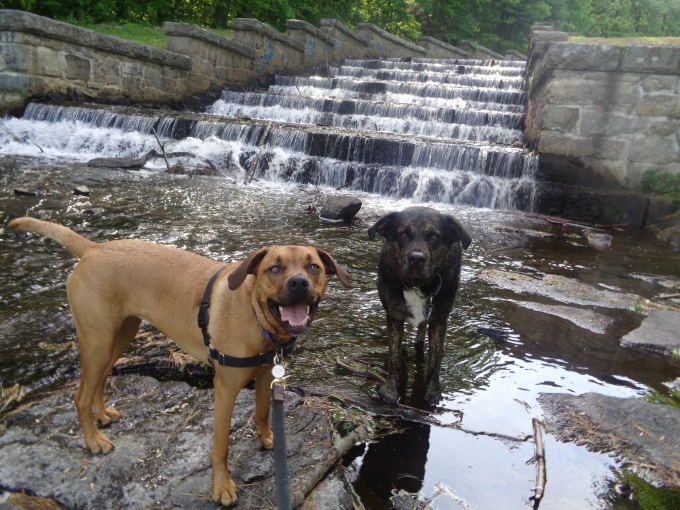 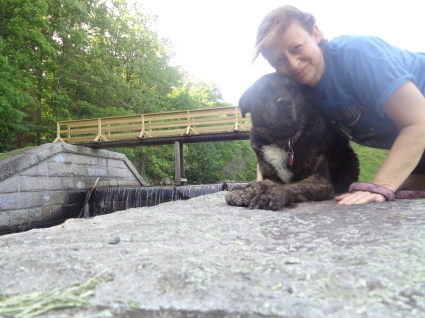 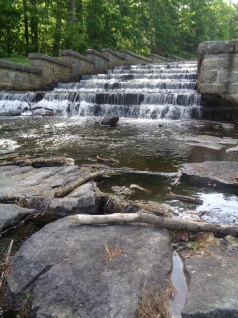 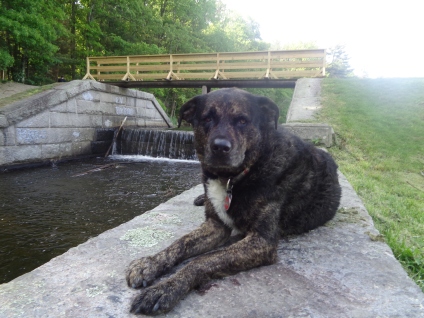 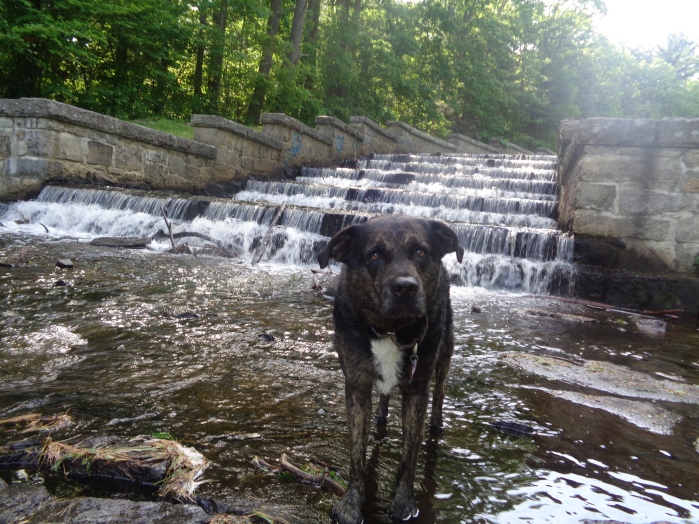 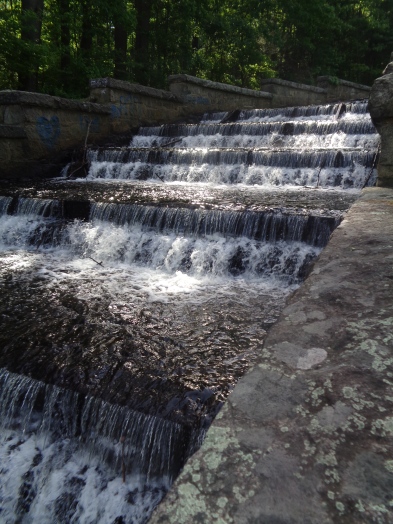 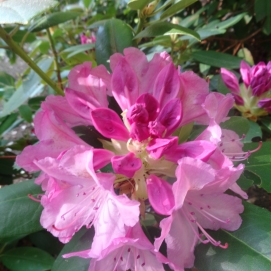 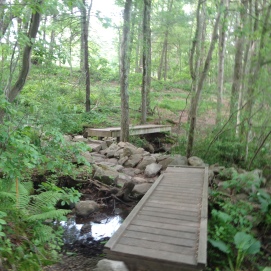 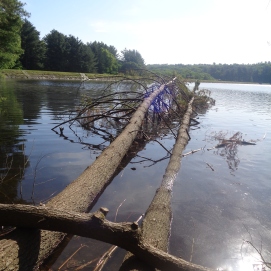 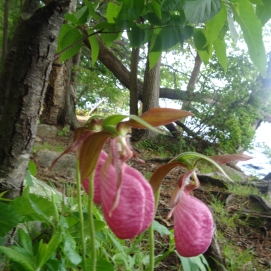 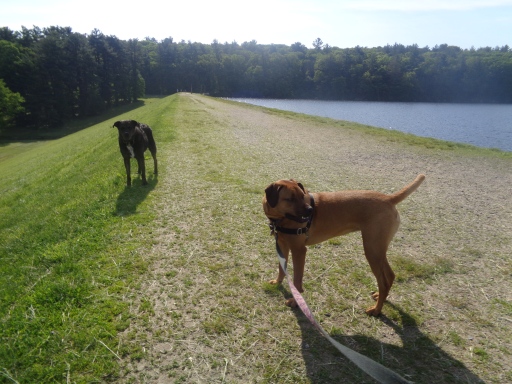 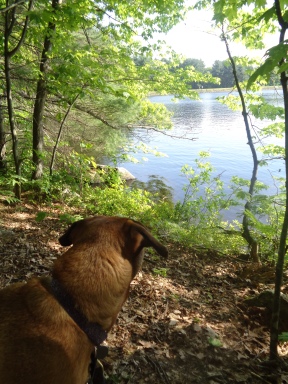 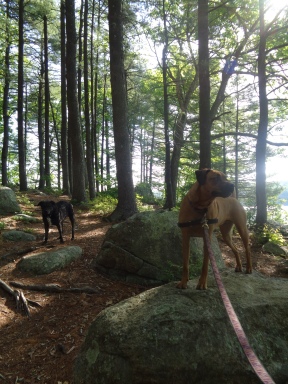 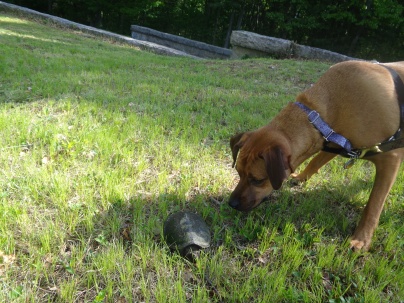 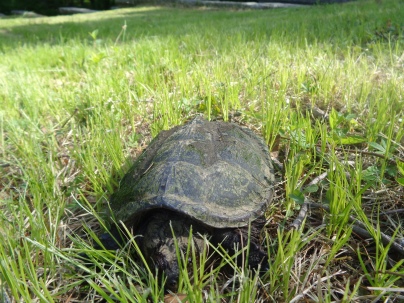 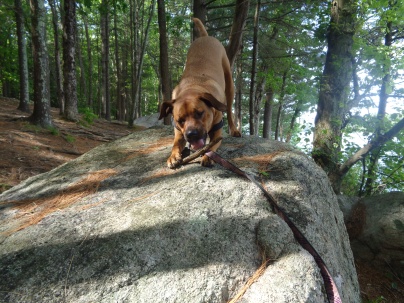 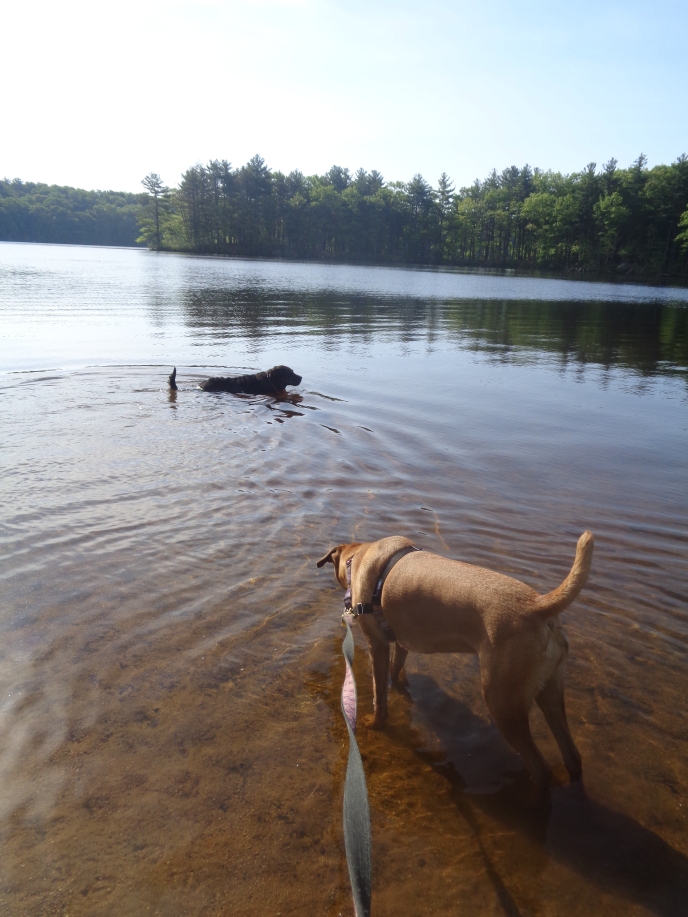 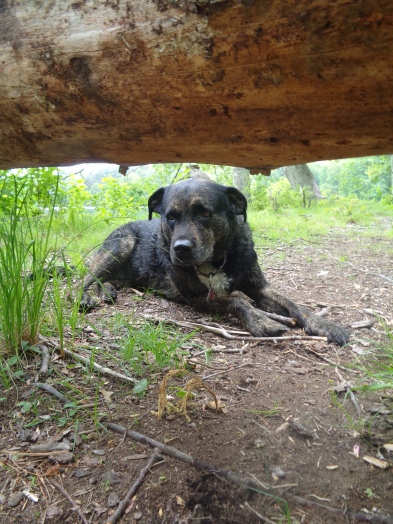 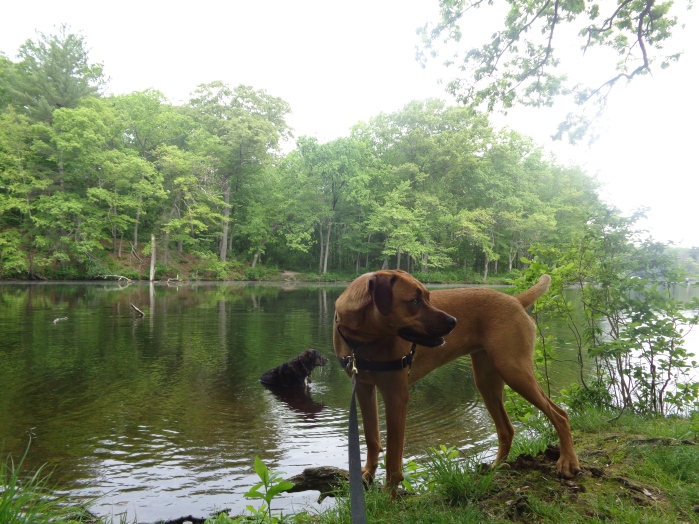