We had a river-filled Adventure to the Waterloo Covered Bridge.  I was pleased to find the bridge in a quiet location.  The Bridge was especially scenic from scenic side-view, yet simple from the end.  We found a trail next to the bridge, appearing to run between two rivers.  Conveniently a local was walking through noting the trail to be a lovely trail that commenced at another road.  We decided to explore this unexpected path.  The trail was still brown from winter, but yet unique and provided several opportunities to get to the water’s edge.  This was a nice little surprise on our Adventure to the Waterloo Covered Bridge.

After returning to the bridge we crossed through and over to the opposite side.  It has been some time since we have been able to wander through a bridge, due to the often busy and dangerous trek.  On this occasion we were able to peer out the openings down the river and snap a couple photos.  The opposite side had a small grassy area, and a rushing cascade (suspected to be Waterloo Falls), generating a lovely scene.  Wilma glanced down the cascades, and again appeared curious by the water, so fun to observe.  The Waterloo Covered Bridge was peaceful, and just right.  Definitely a special covered bridge in New Hampshire (Rating:  4). 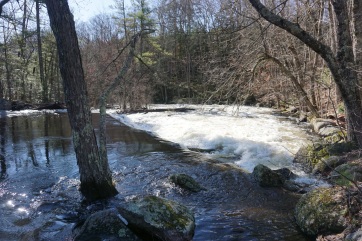 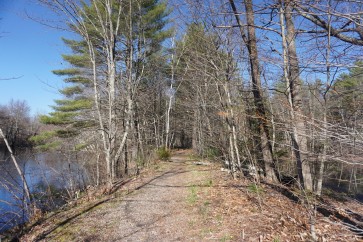 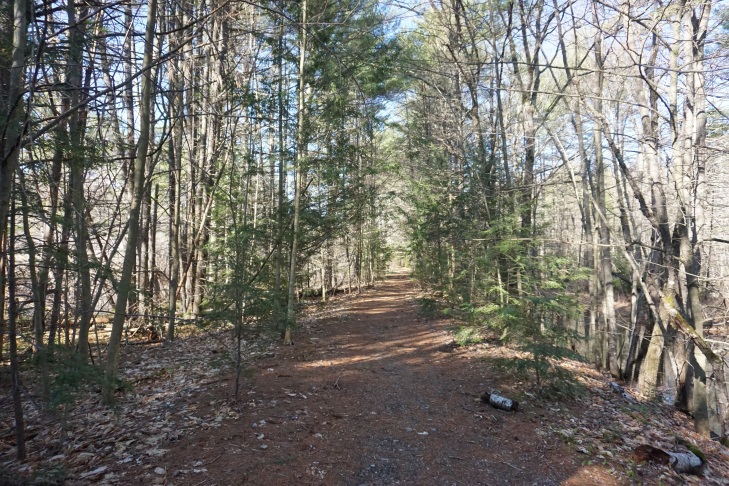 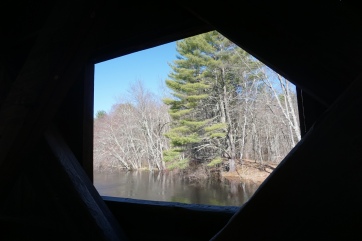 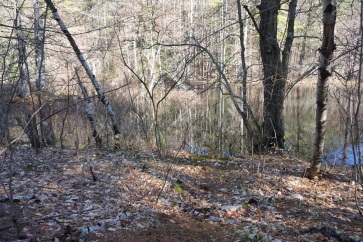 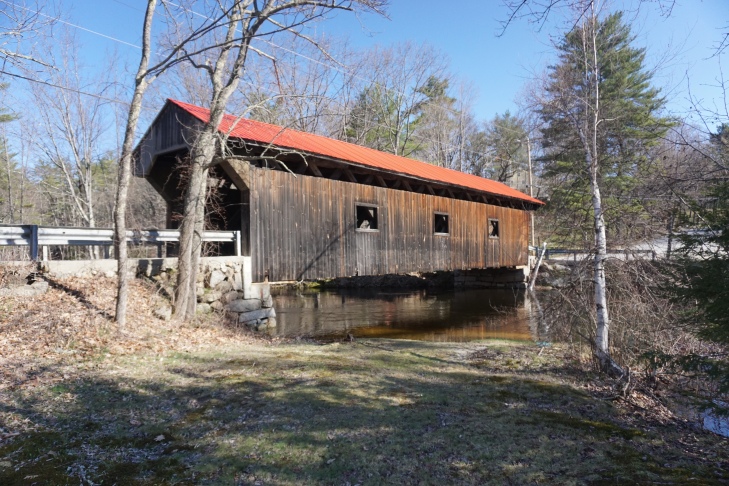 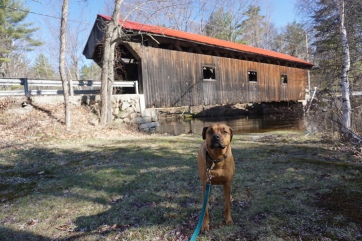